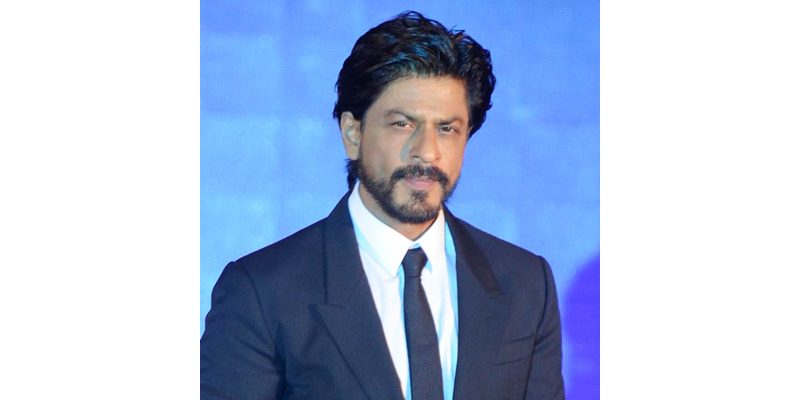 by Tushar P Joshi
" Box office and numbers are NOT important!"

Shah Rukh Khan in an EXCLUSIVE chat with BollywoodLife discussed about box office, the art of cinema his three equally famous kids AbRam, Suhana and Aryan and of course FAN! Read on…

Shah Rukh Khan is all set to woo his die-hards with his latest outing in the theatres Fan. It’s always exciting when you know you have an opportunity of chatting with Shah Rukh. The actor is easily one of the most articulate Bollywood personalities, who can talk to you about any topic under the sun without being a drab. When I met him at Yash Raj Studios recently, SRK had just come back from watching parts of Fan at a trial and was happy with the reactions he got. “I really hope people like the film,” he told me. Here are excerpts from our chat, where he spoke about the fandom he experiences on a daily basis and why he’s never taken an autograph of a celebrity.

You called yourself an average actor recently. That’s really being modest.

You may be having higher standards for me. I think that’s a good thing for people who like me to know that I’d like to do even much better than what I have done so far. The thing about acting is the more you do it, the more you realise how little you know. So people who suddenly claim to be fantastic actors with a method (and I’m not deriding anyone here), they don’t know. I meet young people and I’m acting with them or my kids, the more you know, the more you realise how little you know about acting. So yes, you have to keep trying not for anybody else, but yourself. After 25 years and 16 hours of work a day, I’m going to do something new and crazy.

Has there been a moment in your life when you felt like a fan in front of a celebrity?

I feel like that even today. I don’t know. In the context of an obsessive fan, no. But in the context of when I came to Mumbai, most of the actors I worked with, I loved them on screen and got an opportunity to work with them, be it Mr Bachchan or Sridevi or Madhuri or Juhi. I love them all. And so, even today, I never think of myself as their contemporary or their colleague. I think of myself as someone who is an outsider. Not because I’m from Delhi, but because I’m just an audience and there is a certain degree of fandom that remains in me even today. If I’ve seen an actor on screen before I’ve worked with them, I’m still a fan. I love people who act and I get really impressed by them.

Have you ever taken an autograph?

Tell me about these female fans who land up at airports and welcome you when you travel abroad.

Oh yes, they are my friends now. They have been doing it for years. I ask them and sometimes they say they take holidays regularly but now they find out my plan or my office tells them. I think, in Fan, they’ve taken one of those scenes also. They land, they come, they stay in the hotel, they are very well placed women, they are really beautiful women and as a matter of fact, I went to London recently and if they’re not there I miss them actually. I’m like ‘Where are you?’, it’s like that. I leave my kids with them now and say listen you guys go and look after them if need be, because they’re part of family and they are everywhere. And they come with lot of respect, lot of dignity on my birthdays and I help them sometimes, other times, they come to drop me to the airport. I meet them and they’re all over the world whether it’s New York, Malaysia, Indonesia, Morocco, everywhere.

What was the toughest part of shooting for Fan?

When you’re surrounded by so much technology in a film —whether it’s a RA.One, Fan or whichever film, where a lot of new technology is used, the whole unit is immersed in trying to get it right and it is very technical. A little left or a little right and all that, sometimes you may lose the will of capturing the essence of acting or lines, but I think the patience that the whole team had — Maneesh, from four hours of make-up, then one-and-a-half hour to prep and then take the shot three times. You have got the right shot, but the VFX shot was wrong and so you do it again and try to recapture it. It would be a very tiring 16 hours, you start a shoot at 2 o’clock which means you’ve started the first shot at 7.30 and then you have to shoot till 5 in the morning to capture enough hours and each shot takes two hours. And it’s very tiring for everyone. But the only way you could do it was an exact take. The light has to be right, if I’m supposed to be here over the shoulder I’ve to do it again exactly like this and say the lines. A lot of it is pre-dialogued. Very difficult. But I think everybody just kept on accepting it and having a lot of patience and fun. The difficult part of it was to be able to overcome the technology and still keep it human enough.

Who is AbRam a fan of?

He likes the minions. He likes dinosaurs and he likes his father. He is very fond of me because I play a lot with him and I’m very gentle with my children. He likes Suhana a lot because she is very gentle and sweet. Aryan is a little tough. Mother, of course because she is always with him. But I think he enjoys me the most.

You have played double roles in the past, what is the biggest challenge of doing a double-role film?

You are just talking to yourself and especially in the scene which you do together, I have a method or opinion. I don’t know if everyone follows it or not, I pre-record the dialogue I do the scene, so it is very schizophrenic and I say one line and the other is way different. One is 24-year-old and the other is 50 year old. The body language is different, face is different, eyes are different, it’s very difficult and specially when we start touching each other. So this is it… the essence of this double role was when you are five minutes into the film, you should for a fact start believing they are two different people. In other films, you’re actually playing for they should be confused who is who. In this, you need to make it so, that’s why it is different. Like in Don, both Vijay or Don you can play both together similarly. But in this case, you had to make sure that 10 minutes into the film, you are like okay this is the guy Shah Rukh is playing and this guy we don’t know who he is, he is an actor called Gaurav. I think that was very difficult.

Have you ever tried to analyse what percentage of people make your fans? Is it men, women, or kids?

No, I have never done that. I think families like me and families are everything, boys, girls, everything. But I still like to believe, today I wrote on Twitter and boys said we also love you. But I think girls do like me a little more. I think I am gentle like that and I don’t have a very alpha-male attitude and I’m still okay. Like my son keeps teasing me also that Papa you’re a little gentle, you’re not tough.

How do you handle criticism and praise at this stage in your career?

I don’t care about it, because the way I see it, very early on you realise in your life that you got to do what makes you happy, so you can make others happy. And sometimes, when you do, it doesn’t make them happy. So, as an actor working 10-12 hours a day dedicated to this and has no other life, you really need to understand that there would be some people who like you and some wouldn’t. Either is at extremes and you are somewhere in the middle. Then you have social media and some really extreme reactions come up. You may get disturbed about it or just believe that some people are not well brought up and the think this is the the nice way to speak and they’re trying to prove a point to their friends. I need to do something. I have to feel from within that, I am reaching out to enough people and not let them down because they love me so much. My struggle is not the numbers or the demographic. My struggle is I hope I don’t let my loved ones down. It’s not got to do with whether it’s a girl or a boy or the father or the mother or a demographic, it’s just the people who love me. I hope I don’t disappoint them. That’s all.

What advice would you want to give somebody who wants to enter the industry and start off now?

I think keep it real, keep it honest, keep the hard work, just do what your heart tells you to. Yes there will be management people, there will be people who will guide you now which is good. And they are very good people you should manage your fame like this, your image like this, your fans like this. I think the only thing they need to manage is manage to act if you want to be an actor whether you are a girl or a boy. Me having done this for so many years, when I say I’m average actor the bottom line is after working every day for so long I still am not able to manage acting sometimes. It is a difficult profession. That’s the core. So continue doing that, work the hardest in that and be positive. You got to think nicely about the process of making films. The result does not matter. You cannot be…I was just telling Adi and Maneesh the set up the core, the process is important, the pay off, the climax, the box office and numbers are not important. And that’s not your job, as an actor that’s not your job. 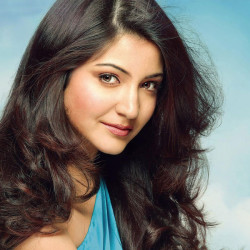 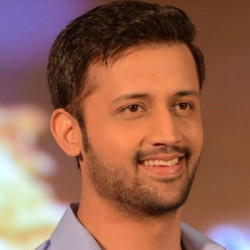