The Good Dinosaur
Genres:
In Theaters:
Runtime:
An epic journey into the world of dinosaurs where an Apatosaurus named Arlo makes an unlikely human friend.

The Hunger Games: Mockingjay – Part 2
Genres:
In Theaters:
Runtime:
With the nation of Panem in a full scale war, Katniss confronts President Snow in the final showdown. Teamed with a group of her closest friends – including Gale, Finnick, and Peeta – Katniss goes off on a mission with...
Read More 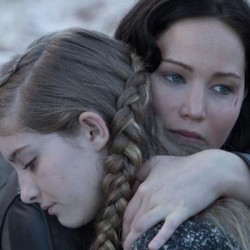 The Hunger Games: Catching Fire
Genres:
In Theaters:
Runtime:
Katniss Everdeen has returned home safe after winning the 74th Annual Hunger Games along with fellow tribute Peeta Mellark. Winning means that they must turn around and leave their family and close friends, embarking on a "Victor's Tour" of the...
Read More