Point Break
Genres:
In Theaters:
Runtime:
A young undercover FBI agent infiltrates a gang of thieves who share a common interest in extreme sports. A remake of the 1991 film, "Point Break". 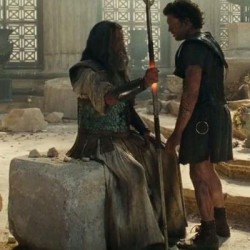 Wrath of the Titans
Genres:
In Theaters:
Runtime:
A decade after his heroic defeat of the monstrous Kraken, Perseus-the demigod son of Zeus-is attempting to live a quieter life as a village fisherman and the sole parent to his 10-year old son, Helius. Meanwhile, a struggle for supremacy...
Read More