2015 has been a strange year for Salman Khan, I feel. Don’t get me wrong – he’s made two fantastic movies, come back to host another season of Bigg Boss 9 and entertained us through the year. What he’s also done is made some random comments about Katrina Kaif every now and then.

Not too long ago, Salman said “she was of no use to me!” as a joke on Comedy Nights With Kapil. And history has repeated itself on last night’s Bigg Boss episode. Varun Dhawan and Kriti Sanon were on set to promote Dilwale (Shah Rukh Khan might be on soon too!) and in a random conversation, Katrina came up. I think Varun was talking about Maine Pyaar Kyun Kiya and then Kriti called Kanwaljeet Singh “Kamli” for some reason. As a joke Kriti said “Kamli pehle Katrina Kaif thhi, ab yeh hain.” 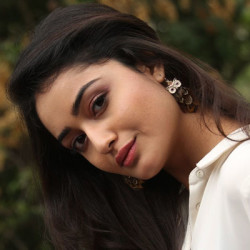 Tridha Choudhury happy to be compared with Alia Bhatt!

Tamannaah Bhatia Loses Her Cool Over A Magazine Interview On Twitter!