Bollywood actor Salman Khan was at the receiving end of flaying critique recently when he compared how his grueling workout schedule for a film would often leave him feeling battered like a raped woman. The internet was certainly not amused, or at least parts of it weren’t. There were your usual cries of “Oh relax, it’s just a joke,” but what made the situation worse was the lack of strong critique against Khan from his peers.

Other Bollywood actors became complicit in his crime with their silence. India has its fair share of problems with patriarchy and misogyny but social influencers are often lauded for their strong stances against oppressive cultural practices. This was missing in the case of Khan, who shortly after his statement shared a stage (at the IIFA awards, a globally broadcasted platform no less) with a bevy of celebrities known to be outspoken, including the likes of Deepika Padukone and Sonakshi Sinha who regularly call out media for their sexist mentality.

While some might brush this off as women being “overly-sensitive” by claiming that he did apologize and the matter should now be put to bed, the fact remains that globally we’re perfectly alright with trivializing violence against women and letting perpetrators off the hook, particularly when it’s strong, powerful men in positions of authority who commit such transgressions. There’s no need to go very broad with the scope of this statement, a simple examination of the entertainment industry will suffice to support the aforementioned hypothesis.

Less than a month before this foot in mouth statement by Khan, Hollywood darling Johnny Depp was under scrutiny for alleged abuse of his wife Amber Heard. Depp’s youth is littered with wild child stories; he cultivated a bad boy reputation and reveled in the subsequent troubled but charming characterization. As years passed, it appeared that Depp had sobered and stories about his magnanimity would often circulate in the media, painting the portrait of an eccentric but humble and talented artist whose genius was misunderstood.

Heard on the other hand faced a character assassination that ranged from being called a gold digger to speculation about her sexual orientation and encounters, all aimed at creating doubt about the veracity of her narrative despite the fact that photos of the star with a bruised face were leaked on social media. Heard’s bruises weren’t convincing enough apparently and Depp’s famous posse stepped in immediately to back up what a wonderful person he was. Apparently a bust lip isn’t as damning when your ex-wife issues a statement to confirm what a delightful human being you are.

It’s strange how there was no reference to Depp’s history of violence and drug abuse but the media seemed to go out of their way to point out that Heard’s bisexuality had been a cause of contention between the couple and it might have led to trouble. Everything that Heard, the victim, had ever done was called into questioning while no such attempt to link Depp’s past with the current accusations was made. Why is that the default line of action? The perpetrator’s life is never as minutely examined for discrepancies as the victim’s, even though they’ve given greater reason to question them.

What’s even more interesting about this situation is that Depp hasn’t lost any ground economically either. His career or stock as an actor hasn’t been effected, in fact most pundits predict that by the time his next major release rolls around with the Pirates of the Caribbean franchise the world will mostly have forgotten that the actor allegedly threw a phone at his ex-wife. He will continue to be considered a big name with a loyal following that can somehow very easily over look his abusive tendencies.

By not penalising such transgressions a terrible precedent is set. Subliminally it just seems so to say hey, we know you beat women up but we’re willing to overlook that because you’re so charming, talented and rich. It seems to say that beating women up or abusing them physically or emotionally isn’t such a bad crime, there might have even been something there to provoke it. It shows that you can be violent towards women and get away with it scot-free.

Depp isn’t the only actor whose career remains unmoved after abuse allegations. The list is long and painful to acknowledge. Sean Penn, another award winning actor known for his philanthropy has also been accused several times of raising his hand on his partners. One of Hollywood’s most explosive abuse stories revolved around the Milk star and his wife of four years, the indomitable Madonna. Penn apparently not only beat Madonna up regularly during their marriage but would torture her for hours. One report cited that he bound the pop star with a lamp cord before roughing her up for nine hours.

You might be able to shrug this off by say it’s just speculation and Madonna never really spoke about it but Penn’s violent reputation is well documented even against men. Yet, none of this is enough to change the public’s perception of him as a well respected global celebrity. What are we lauding him for? There are plenty of other actors who are talented and don’t go around beating people up, the industry could’ve certainly survived Penn’s excommunication but there was no attempt to take the actor to task.

Another example of this extreme bias was also on display during singer Kesha’s trial versus her producer Dr. Luke. The producer, who works with some of the biggest names in the industry (and some very empowered women obviously) allegedly drugged, raped and abused the performer during the course of their 10 year association until Kesha’s finally took a stand and brought a lawsuit against him. The singer tried to get an injunction that would allow her to get out of contract with her abuser but the court ruled against her.

As you can guess, none of the other women who Dr. Luke works with spoke against the influential producer. Big names like Lady Gaga and Taylor Swift who don’t take flak from anyone refused to comment on the proceedings and wouldn’t throw their weight behind Kesha, despite the fact rumours of Dr. Luke’s ill treatment of talent were abound the industry even before the whole case blew up.

Woody Allen, Chris Brown, Tommy Lee, Mel Gibson, Empire star Terrance Howard; you could continue citing names but the end result is the same: no loss of contracts, repute or endorsements. The consistent response to abuse, alleged or proven is to overlook and move on as if it never happened. Is it a surprise then that in a society as conservative as ours we tell girls to stay silent when faced with abuse? On every level we’re shown that violence against women will go unpunished; the victim will be vilified and estranged while the men will be backed by loud, raucous voices supporting them.

There has to be affirmative action. Men need to be shown that they will not be allowed to move on with their life as if their acts have no repercussions. Celebrities set a global tone for what is permissible and what is considered unacceptable behaviour. If we can take Justin Bieber to task for crashing a car or peeing publicly then doesn’t it make sense to have a stricter response to men who abuse their partners, trivialise rape or in general exhibit misogynistic traits? 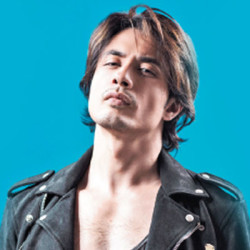