The Good Dinosaur
Genres:
In Theaters:
Runtime:
An epic journey into the world of dinosaurs where an Apatosaurus named Arlo makes an unlikely human friend.

Transformers: Dark of the Moon
Genres:
In Theaters:
Runtime:
Sam Witwicky takes his first tenuous steps into adulthood while remaining a reluctant human ally of Autobot-leader Optimus Prime. The film centers around the space race between the USSR and the USA, suggesting there was a hidden Transformers role in...
Read More 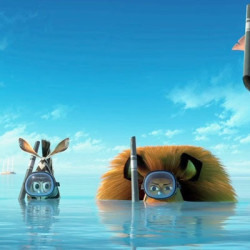 Madagascar 3: Europe’s Most Wanted
Genres:
In Theaters:
Runtime:
Alex, Marty, Gloria and Melman are still trying to get back to the Big Apple and their beloved Central Park zoo, but first they need to find the penguins. When they travel to Monte Carlo, they attract the attention of...
Read More